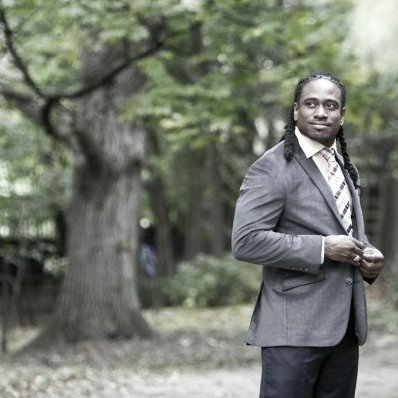 One of the most important aspects of communication is credibility. Often, credibility is the key that unlocks the door to the ears of others. It increases your believability and attracts people to you. It also helps make your words resonate with those you come in contact with.

When dealing with youth, this is especially important. If you want to influence anyone, whether it’s a coworker, child, or family member, the first thing you’ll need to ask yourself is: am I credible in this realm? More importantly, your audience must believe that you have authority in this area. As a young man from Canada, it would be a hard sell for me to talk to, say, a group of women from South Africa about pregnancy. They would probably look at me and laugh because I don’t know what that feels like. However, if I were to speak to a youth group from Mississauga about overcoming obstacles, they listen immediately because I have been in their position before and overcome. If you are successful at being viewed as a credible source, your audience will trust that your opinion is coming from a place of love, respect, and knowledge. In effect, they are more likely to listen to you.

Your credibility can come from an endorsement from someone else. I often work with Mike “Pinball” Clemons, a CFL hall-of-famer. When he and I go somewhere, people don’t always immediately recognize who I am. However, they recognize Mike. And because I’m with Mike, I’m greeted in the same way that Mike is greeted. The same respect that he receives trickles down to me, and I gain credibility because of his credibility.

For those who know Mike or have heard him speak, you can attest to his ability to command respect from a crowd. It’s not because he’s big (he’s actually around 5’ 6” and about 150 pounds). And it’s not because he’s loud either, because he doesn’t walk in a room and yell. The reason why it is easy for him to capture an audience’s attention is because he is credible. When you hear his name, you know who he is and what he has done. There is an automatic respect for him resulting in trust.

Your credibility is directly associated with how others will receive you. As a youth mentor, when I step into a room full of students, I may get a different reception than if a parent were to step into that same room. Why? Well, for one, I’m a former pro football player, and there is an automatic respect that comes with that. I’ve read a few studies that show that students look up to professional athletes and emulate them both on and off the field. This makes a huge difference when I speak to a younger audience.

Another reason why youth might easily receive me is because of my physical appearance. I am bigger than the average person, have a huge, noticeable gap in my two front teeth, and really cool hair. To a certain demographic, my appearance contributes to the way people perceive me, and how credible I am to them.

If you want others to trust you, you must either have something to back yourself up on, or have external backing from another source. In a “what have you done for me lately?” world, your credibility is built upon your title, your reputation, and what you’ve done in the past. If you have credibility, it will be easy for others to not only trust and listen to you, but to put their faith in you to get the job done.

Email us at info@aheadofthegame.ca for information on professional development, youth mentoring, and much more!