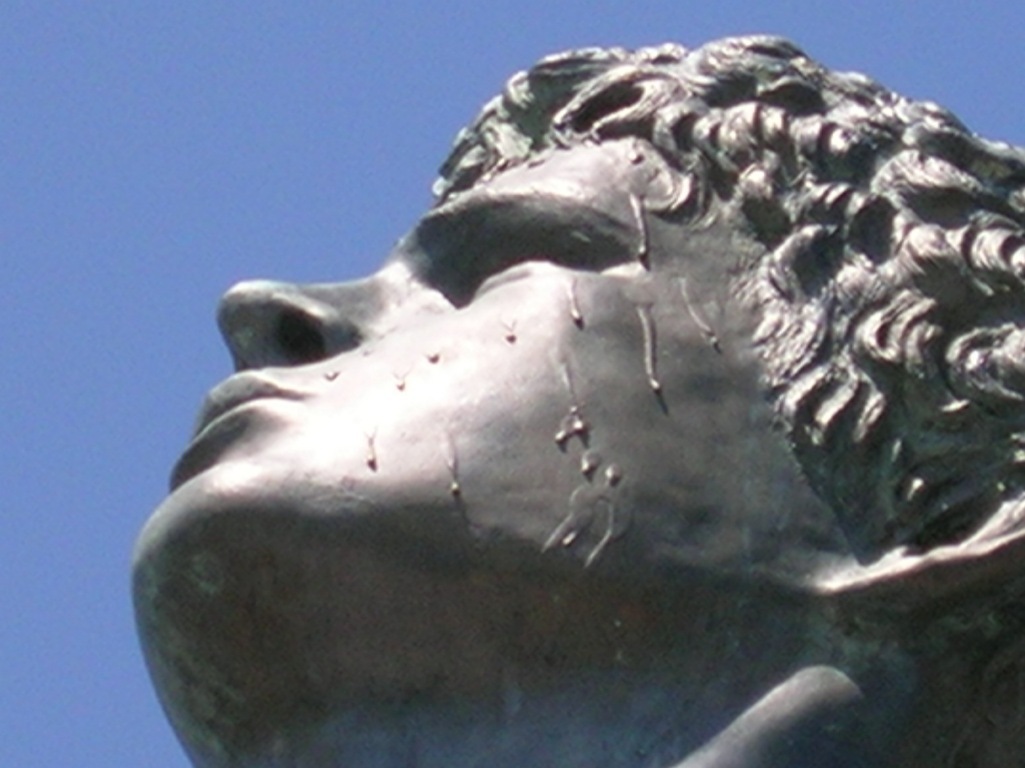 He was the youngest person ever named a Companion of the Order of Canada. He won the 1980 Lou Marsh Award as the nation's top sportsman and was named the Canadian Newsmaker of the Year by the Canadian Press.

Tuesday we celebrated his life.

He was not only one of our country’s finest athletes. To many, he was our greatest hero. The burden of the hero comes with a great price. And the price for that legacy Fox left was not small. He paid the ultimate price for love and legacy with sweat, tears, blood, bruises and most of all, pain.

With a disheveled face, messy hair, and body disfigured in agony, pain became his last name. At first read, one would think that Fox sounded like someone on the verge of defeat. But if you'd had the chance to witness him in action - to really experience true passion in the face of adversity - you'd be fueled to conquer a great feat, too.

We humans are never immune to the pain in life.

After nine months of discomfort, unbalanced hormones, a restricted diet and mood swings, a mother will give birth.

A lonely student will move away from home, and be alone for the first time in his or her life. They might be on the brink of depression but pulls all-nighters for their exams, anyway.

A depleted football player will sit in a tub filled with ice and cold water after a battle under the Friday night lights.

At 19 years old, a young boy will have his leg amputated, yet he still will go on to win three national championships in a wheelchair basketball competition.

What do all of these people have in common?

In 1980, Terry Fox embarked on a cross-Canada run to raise money and awareness for cancer research on his one remaining leg. His goal was to raise a single dollar from every Canadian resident. His journey across Canada began in St. John’s, Newfoundland, where he ran the equivalent of a full marathon every single day.

Each day, he toiled through his pain one step at a time.

Terry Fox never finished the run, but he won the race.

That momentary pain that he went through left a worldwide legacy of love that made him victorious. The annual Terry Fox Run, first held in 1981, grew monumentally and now includes millions of participants in over 60 countries. His cause became one of the world's largest fundraisers for cancer research. To this day, over $650 million has been raised in his name.

And it all started with pain. One thing I admire about Terry is that he didn't shy away from pain or pretend it wasn't there. He trudged through it. He acknowledged it. And he used it to his advantage. He decided that he wasn't going to let it stop him from doing what he set out to do. He made pain his greatest asset and biggest testimony.

Have you ever had to pay a price for victory? Did you ever give up comfort to conquer? Has your passion ever forced you to negotiate with your pain? These days most people shy away from discomfort. They don’t like to be challenged, stretched or pushed outside of their comfort zone. They would rather remain complacent, neither improving nor declining.

In my humble opinion, they'd rather die than move forward.

Have you looked pain in the eye and asked for more?

If we're fortunate, most of us have a handful of people who are willing to truly experience for both themselves and others. Mothers. Daughters. Sons. Fathers. They make sacrifices and go without so that you might be with.

On Tuesday we paid homage to one of Canada's greats who showed us the true message behind pain and how to use it to create a lasting legacy.